Would you like to switch to the accessible version of this site?

Don't need the accessible version of this site?

Children with ADHD in Grayslake, IL

Attention Deficit Hyperactive Disorder, better known as ADHD, is a disorder that affects millions of children. A statistic published by the Centers for Disease Control and Prevention found that as many as 11 percent of children (approximately 6.4 million) between the ages of four to 17 may struggle with this disorder. With so many school-aged children being diagnosed, it’s a good idea as a parent to learn as much as possible about children with ADHD and how it can be treated or managed successfully with the help of your pediatrician. 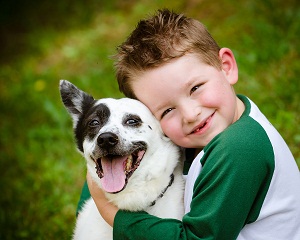 ADHD is a developmental disorder that causes children to be overly rambunctious, hyperactive and distracted. Children who have this issue lack focus and have strained relationships with peers and siblings. It can be most concerning if a child with ADHD doesn’t pay attention while in public, such as crossing streets or running after a ball without watching his surroundings. Boys are about three times more likely to be diagnosed with this disorder as children.

Symptoms of ADHD in Children

Children who have ADHD have a difficult time concentrating and performing normally. ADHD can make it difficult for children to excel in school and social settings. Common symptoms may include:

Some people attribute these activities to normal impulsive or curious childhood behavior, but when it becomes uncontrollable for parents it may be a wise idea to schedule an evaluation with a pediatrician.

Solutions for Children with ADHD

The commonly accepted treatment for children with ADHD is behavioral therapy, where the child and his parent are taught techniques for better managing the hyperactivity and inability to concentrate. In severe cases the doctor may prescribe medication. Some experts believe that changing a child’s diet for the better (such as eliminating sugar and giving him more vitamins) and providing positive reinforcement can also help.

Getting Your Child Help

If you feel that your child may be exhibiting signs of Attention Deficit Hyperactive Disorder, schedule an appointment with your pediatrician who is a trusted child doctor who specializes in ADHD and similar developmental disorders that affect children.

Find us on the map

MORNING SICK CALL/WALK-IN WILL REMAIN CANCELED UNTIL FURTHER NOTICE. SICK VISITS ARE AVAILABLE BY APPOINTMENT ONLY.

*Office is closed between 1-2 PM for lunch.*